‘Doctor Who’ to Mount World Tour 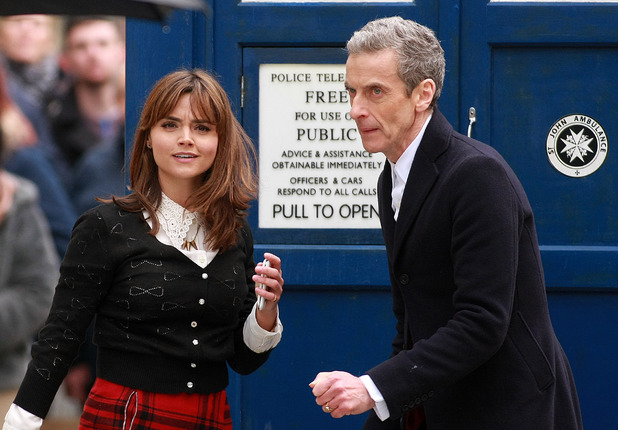 British TV institution Doctor Who returns to the small screen this August, and BBC Worldwide plans to promote it all with a grand flourish.

After a wildly successful 50th anniversary year in 2013, the program underwent a change in lead actor during the final scene of the year’s Christmas special; in keeping with a plot contrivance that has enabled the show to run for so long (periodically the title character entirely changes bodies… Google it if curious).

To give the proper, full-episode debut of this new Doctor, played by former The Thick of It star Peter Capaldi (PeekYou profile here), a nifty push, the program’s two leads, as well as its showrunner, are going on a 12 day, 7 city intercontinental jaunt to spread the good word.

From the official Doctor Who site comes this excerpt:

The tour marks the largest ever promotional undertaking in Doctor Who’s 50-year history and will kick off in Welsh capital and home of the series’ production, Cardiff, before taking in London (UK), Seoul (South Korea), Sydney (Australia), New York (US), Mexico City (Mexico) and Rio de Janeiro (Brazil). More details of the itinerary will be available from doctorwho.tv soon, as well as reports from the tour as it happens, which fans everywhere will be able to enjoy across social and digital platforms.

And the video below explains it all less clearly, but with fancy animated graphics:

To see where else we’ve blogged about Doctor Who click here.