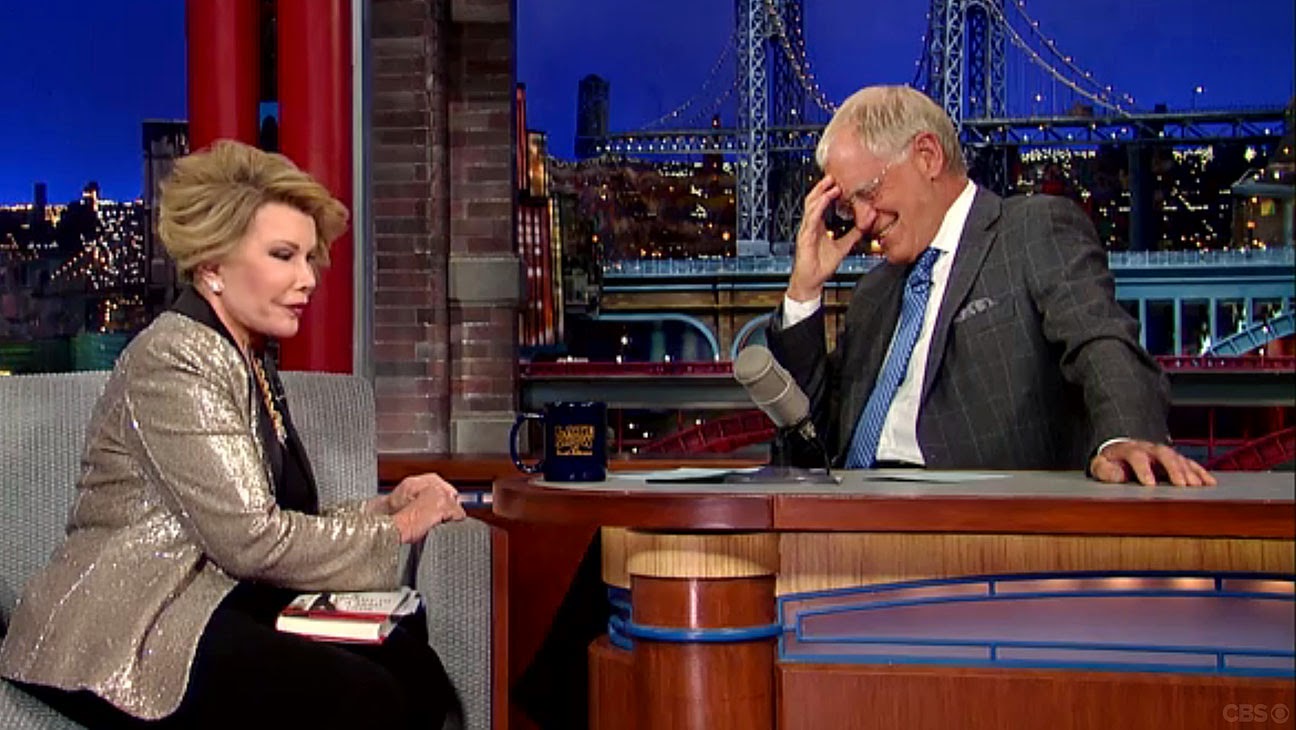 Comedy legend Joan Rivers has been the topic of much talk over the past week since storming out of a CNN interview during which the interviewer, Fredricka Whitfield, took Rivers to task for the content of some of her recent jokes.

On Tuesday night’s The Late Show With David Letterman, Joan’s interview also ended with someone storming off; but this time no one was being asked to justify their material.

Rivers was at the Ed Sullivan Theater visiting Dave so she could promote her new book, Diary of a Mad Diva. Letterman, however, was duty-bound to bring up Rivers’ CNN storm-off.

In response, Rivers described the CNN host as “very judgmental, very nasty, very opinionated, very negative. It was like my wedding night, ya know?”

From there she kidded of the various endorsements she stands to lose as a result of the tantrum, and that’s when things got characteristically salty and scatological. The 81-year old funny woman’s crude crack — which you can see for yourself in the clip below — prompted Dave to storm off in mock disgust, leaving Joan to finish off the segment alone; in typically crass and hilarious fashion.

A visit to the PeekYou profiles of Dave and Joan can be achieved by clicking the various highlighted words in the text above. From there you will be led to a vast array of media, guaranteed to elicit a large number of laughs.

And here’s the CNN appearance which inspired it: