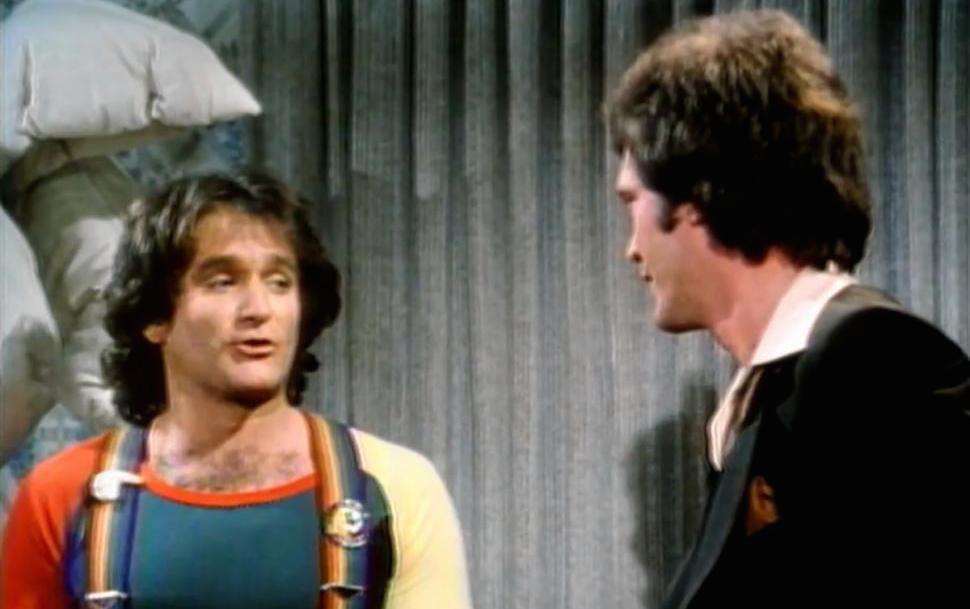 On Monday’s The Late Show With David Letterman, Dave paid tribute to the late Robin Williams; who Dave knew for 38 years, and who had appeared on Dave’s talk shows nearly 50 times.

Dave first met Robin when both were young stand-ups, working at Los Angeles’ The Comedy Store. During his tribute Dave spoke of himself and the other young comics who were regulars there being blown away by Williams’ gifts in those early days. “We’re like morning dew… he comes in like a hurricane.” Letterman continued, “And the longer he’s on stage, the worse we feel about ourselves because it’s not stopping! Then he finishes and I thought, ‘Well that’s it. They’re gonna have to put an end to show business because what could happen after this?'”

Check out the clip below, it’s an exceedingly sweet and sincere, and not overly sentimental tribute to a performer who — we’ve been reminded this past week — meant an awful lot to a whole lot of people.