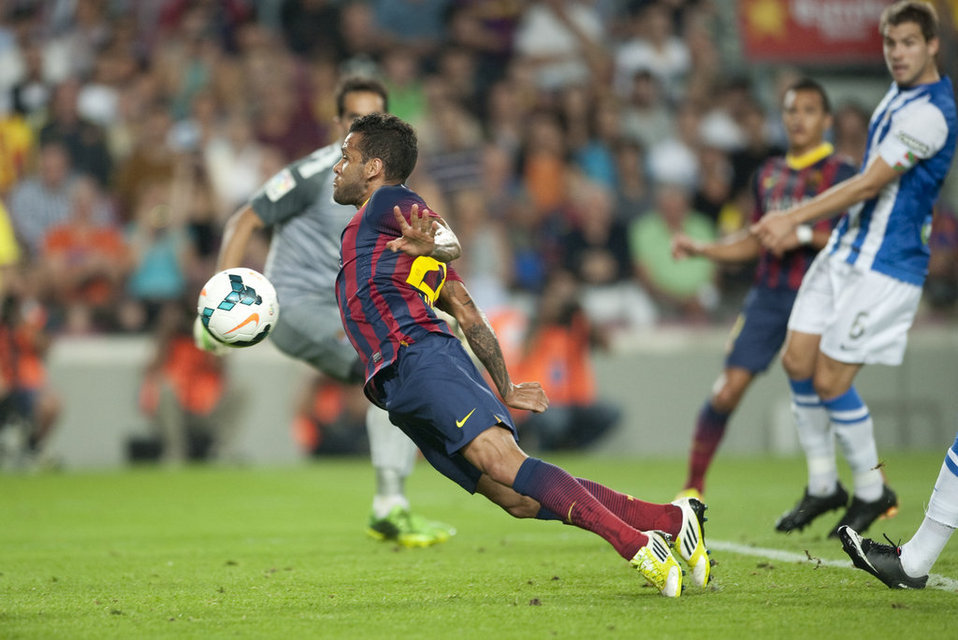 In European football, a banana being tossed onto the pitch at a player of color is understood as a racist taunt. Apparently, doing so is a vile tradition among some of the more spectacularly ignorant fans.

In the second half of the Villareal game — an emotionally tough game for Barcelona, being played just two days after the death of their former manager, Tito Vilanova — a fan threw a banana at Alves as he was setting up for a corner kick. Instead of informing the official, or brushing it off entirely, Alves picked up the banana, peeled it, ate it, and then calmly took his his kick.

You can read an interview Alves gave, just this past January, to ESPN about racism in European soccer here.

Check out the video below, and then explore Alves’ healthy digital footprint — complete with social pages, videos, photos, web pages, and more — via his PeekYou profile.