Clooney and Alamuddin Wed in Venice 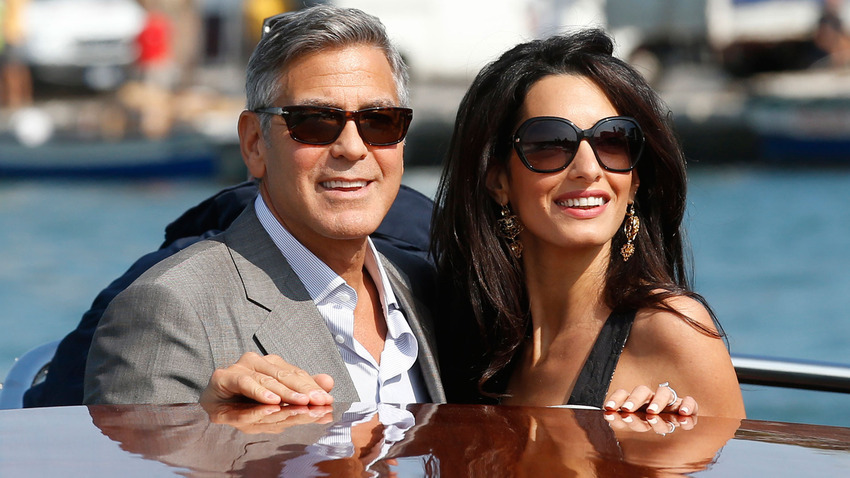 The ceremony took place in Venice, Italy on Saturday.

George arrived at the wedding venue by water-taxi; along with much of his family, including his father Nick Clooney. The groom was wearing a traditional tuxedo, and was happily waving to the countless photographers and onlookers who stood along the Grand Canal and looked down from its bridges.

His taxi was the final in a flotilla of boats bring guests from the renowned Hotel Cipriani, located on an island opposite St. Mark’s Square. Clooney was seen sipping Champagne before the ceremony, and was said to look happy and relaxed.

Their evening wedding, at the Aman Canal Grande Hotel, where the bride slept the night before, was apparently symbolic. The official civil ceremony is expected to take place on Monday at the Palazzo Cavalli, a 16th century palace neighboring the Venice town hall.

And more can be learned about the presumably happy, and irrefutably comely couple, their nuptials, their lives, and their estimable careers via the many links to be found upon their respective PeekYou profiles.