Go Back Go Back 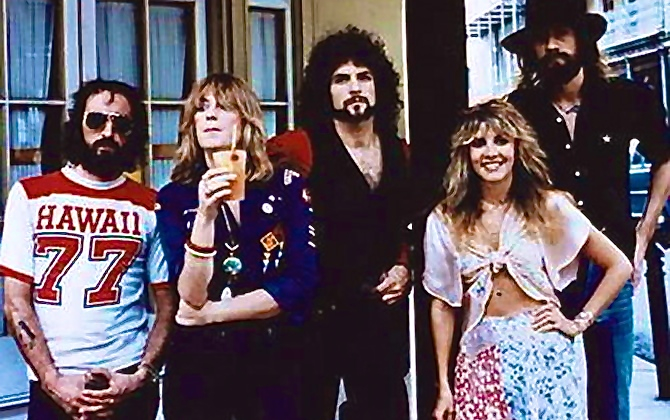 On Thursday morning’s Today show, on NBC, the members of the mega-platinum rock band, Fleetwood Mac, confirmed the relatively poorly kept secret that keyboardist, Christine McVie (PeekYou profile here), has rejoined the group, and that — with the classic, late-70s line-up fully intact — they will be hitting the road this upcoming fall.

While the group began in the late-60s, they went through a handful of incarnations — with varying degrees  of commercial success — before, many albums in, settling upon the line-up which made them one of the best-selling acts of all time. It is this line-up — the one behind their bazillion selling Rumors LP — which is now fully reunited.

Noted for the tumultuous internal relations within the group, and the “Peyton Place”-esque melodrama of their varied, frequently romantic in nature, entanglements and interminglings, Christine left the group in 1998 to — as she told Rolling Stone — seek a quiet, “country lady” life; but after a recent divorce she wound up feeling isolated, “ill and depressed.”

Her return to the band means that much of her material — which includes some of the band’s best-known songs, such as “You Make Loving Fun,” and Don’t Stop — can be restored to their live repertoire; making the experience of seeing Mac in 2014 bound to be much more satisfying for their legions of aging fans.

Bassist John McVie, from whom Christine divorced in 1978, was diagnosed with cancer this past fall; forcing the then four-piece Mac to cancel a tour. It is said that now he is on the mend, and is expected to be up to hitting the road in September.

Here are the tour dates (and keep scrolling afterward for more treats):

Below are links to the PeekYou profiles of the group’s five members. Clicking the items on the list will bring you to videos, audios, photos, interviews, articles, reviews, and the best of what the Web has to share of their lives and careers.