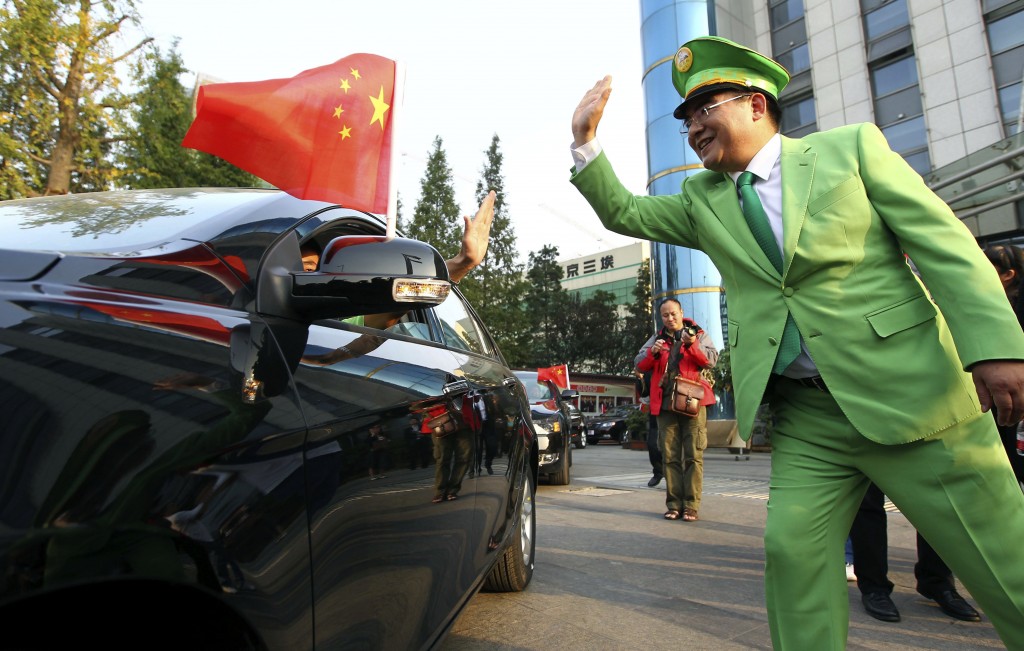 On Wednesday, eccentric Chinese multimillionaire Chen Guangbiao (PeekYou profile here), who describes himself as the “most influential person of China,” staged an elaborate event at The Loeb Boathouse in New York City’s Central Park, intended to feed some of the city’s homeless in style.

About 250 individuals from New York City’s Rescue Mission were served fancy dishes such as sesame-seed-encrusted tuna, beef filet, and berries with crème fraiche. This, while Guangbiao, who made his fortune in recycling, treated the assembled to a karaoke rendition of “We Are The World” and various magic tricks.

The luncheon did not go off without a hitch, with some of those in attendance actually walking out dismayed. The guests had been promised $300 in cash each for attending, and were only told once they were actually at the restaurant that the arrangement had been changed. The mission, it seems, intervened on Guangbiao’s plans to dole out cash; fearing that if given money directly some members would spend it on alcohol or drugs.

People joined Chen on stage, brandishing cash, before learning that the deal had changed. Some of the guests left upon receiving the news. The money was instead given directly to the mission, who will use it to in turn supply the mission’s members with goods and services.

CBS News New York, who reports of it all here, quoted one guest as saying “The four people who went on stage, it was a masquerade, this whole thing is a sham.”

“I needed that money. I don’t drink, smoke or do drugs. I have bad credit. I would like to get an apartment and pay off some debt,” another shared.

You can learn more about Chen — a man whose business cards announce that he’s the “MOST CHARISMATIC PHILANTHROPIST OF CHINA” — and his various philanthropic stunts and endeavors (which includes him handing out $100 bills to random people on NYC’s streets on Tuesday) via the numerous, multimedia links to be found upon his PeekYou profile.

Here is Chen singing “We Are the World”: