Chandler and Joey Not Invited to Rachel’s Wedding? 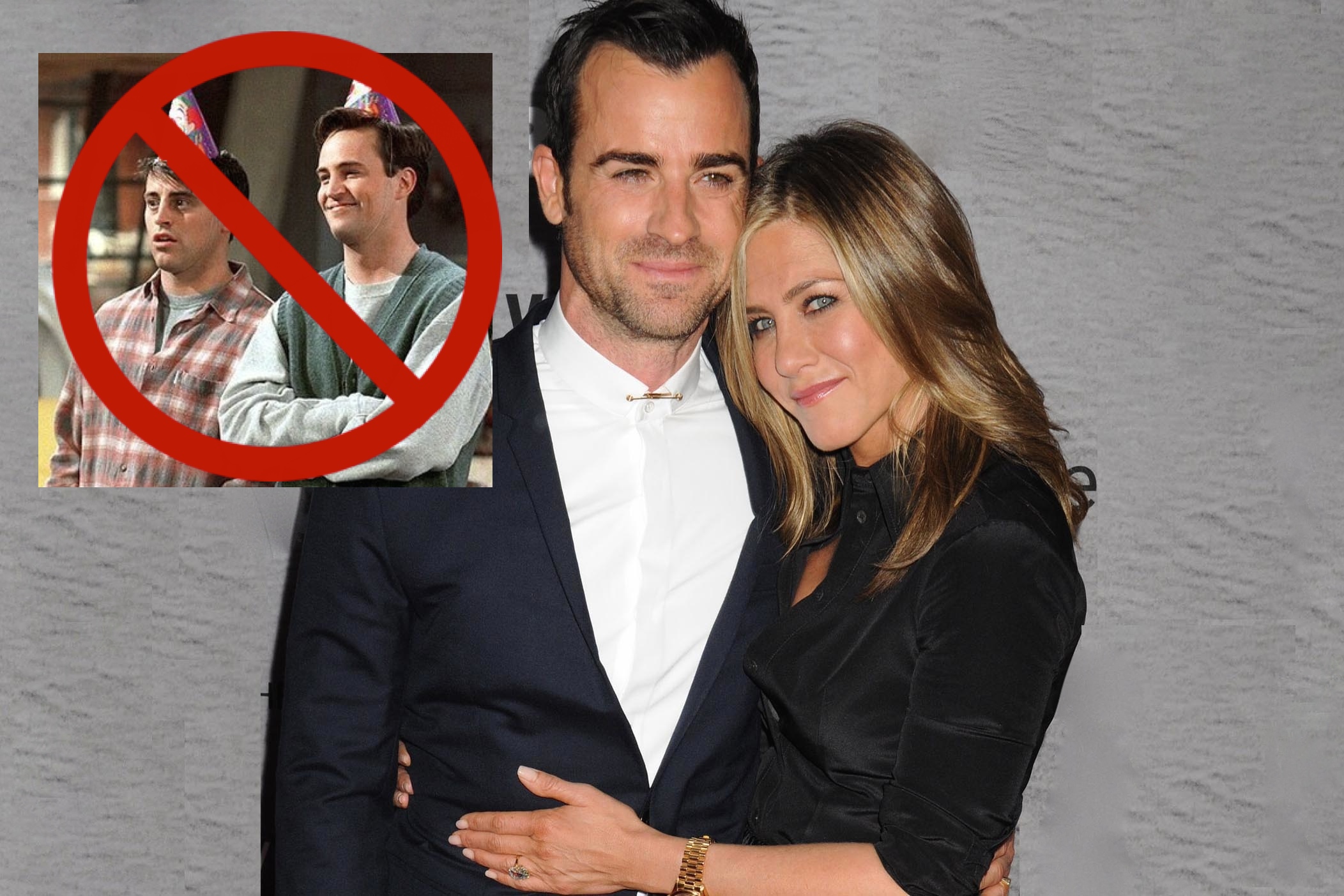 Jennifer Aniston shocked the gossip happy throngs this past week by secretly tying the knot with her long time beau, actor Justin Theroux.

Were Monica and Phoebe in attendance to witness this no doubt fabulous exchange of unshakable vows? OF COURSE NOT SILLY, THOSE ARE FICTIONAL CHARACTERS! PHOEBE ONLY EXISTS IN RERUNS.

But you can bet your sweet bippy that Courteney Cox and Lisa Kudrow were there, partaking of the mountains of sweet and savory catering, and laughing to beat the band, reminiscing over the glory days, when they each made $1,000,000 a week as the undisputed kings and queens of “Must See TV.” Other, lesser beloved cast members were, apparently, left to merely read about the fabulous goings on the next day, via Perez Hilton, Oh No They Didn’t!, or even god forbid this blog.

Chief among those absent were the main cast of Friends‘ two Matts – Matthew Perry and Matt LeBlanc; who, let’s face it, we’d all invite to our own weddings in a heartbeat, given half a chance. LeBlanc’s Joey might be problematic, what his lack of self control when it comes to food and women, but we bet the real LeBlanc would be the life of the party regaling your relatives with tales of shooting the forgotten Lost in Space motion picture, and his various misadventures around the globe.

Matthew Perry we’re less sure about. He’s an open advocate for 12-step recovery, apparently having been sober for many years, so we assume he wouldn’t be much trouble, but nonetheless he insists on keeping his day to day demeanor, um, quite decidedly human. Perhaps he smells better than appearances suggest. 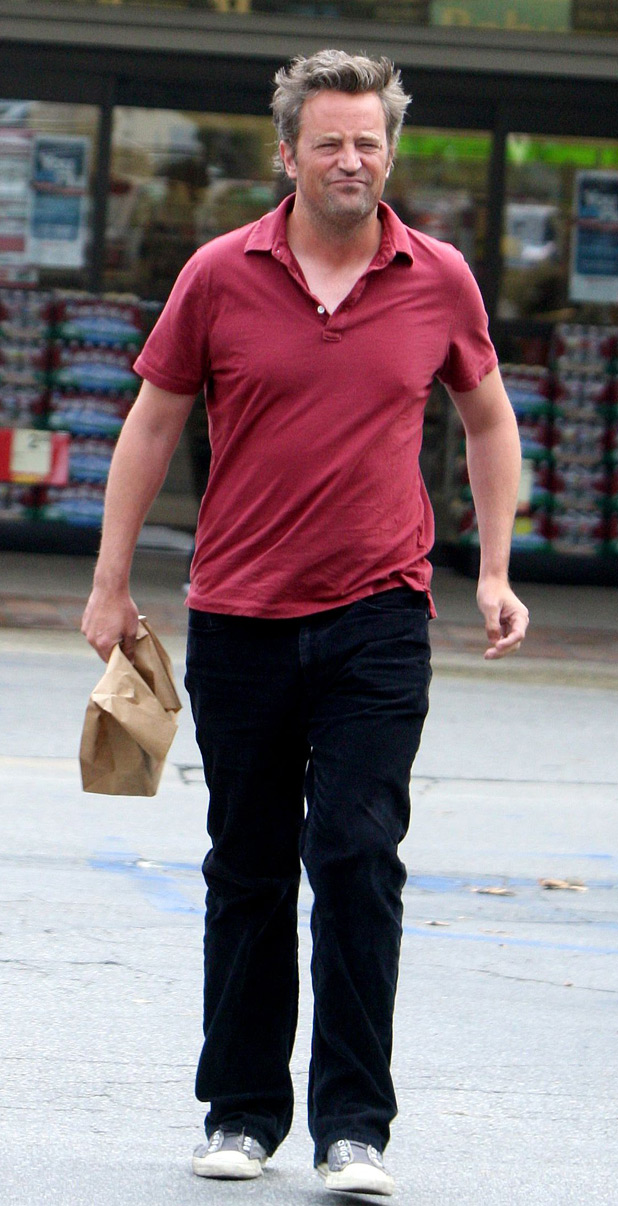 Magnanimous in their snubbing — which we like to think we too would be if we were worth ever-growing mountains of cash, for work we completed over a decade ago — the 48-year old LeBlanc told PEOPLE “I think they’re a great couple. I think she’s happy. And that’s all I care about is that Jen’s happy. If she wanted me there, I would have been there.”

He added that he wasn’t sad to not get an invitation, even though it meant missing her big day for a second time. “I missed when she married Brad (Pitt),” he said. “I was in Austria working. She called me, and she was like, ‘You’re really not coming to my wedding?’ And I was like, ‘I asked them if they could change the schedule. I would fly and clap and fly out.’ And they said, ‘We can’t do it. It’s too tight.’ It was a small-budget movie in Austria you’ve never heard of. Probably should have left anyway, but s— happens. What are you going to do?”

As stated above, Courteney Cox and Lisa Kudrow did attend the nuptials. But it was a fairly intimate deal, with only 70 or so family and friends invited.

Perry, probably unshaven and disheveled at the time, as that’s how he rolls, also extended his best to the couple, expressing admiration for the pair’s successful execution of a secret wedding.

“It was a surprise to me as well,” he said. “They’re a lovely couple, and I’m happy for them.”

When asked if he was bummed to miss the wedding, the star of CBS’s baffling The Odd Couple remake replied: “I wasn’t invited. So what can you do?”

More on this can be read here, and you can learn more about all the players involved by clicking their highlighted names above and visiting their PeekYou profiles.