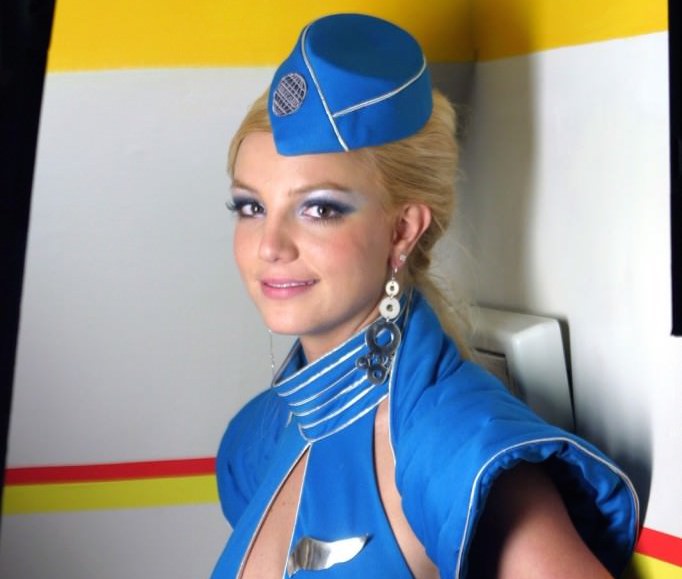 We feel almost bad about posting this, as few pop stars in history — nay, celebrities of any description — have ever had their humanity and fallibility more incessantly highlighted than poor Britney Spears.

It’s literally decade-plus old news that the sweet pop princess who first took the world by storm in the late-90s was perhaps a bit less polished, and a more complicated sort than first met the eye. We’ve known for ages, also, that she does not have the singing chops of some of her peers such as, say, Christina Aguilera.

Her fans have never cared, as it was never her voice that captured the public’s imagination in the first place. There’s a one-in-a-million charisma there, and her bouncing back seemingly effortlessly from one of modern showbiz’s more cataclysmic public downfalls speaks volumes of its power.

In addition to Britney’s well documented feet of clay, it’s also not news that many vocalists — some even quite capable — use pitch-correction technology when recording vocals. But earlier this week, the allegedly uncorrected vocal for the track “Alien,” off of Spears’ latest, Britney Jean, was leaked to the Web.

Producer William Orbit posted a statement on Monday stressing that the track is a vocal warm-up session and not Britney’s final take:

“I’d like to affirm that ANY singer when first at the mic at the start of a long session can make a multitude of vocalisations in order to get warmed up. Warming up is essential if you’re a pro, as it is with a runner doing stretches, and it takes a while to do properly. I’ve heard all manner of sounds emitted during warm-ups. The point is that it is not supposed to be shared with millions of listeners. A generous singer will put something down the mic to help the engineer get their systems warmed up and at the right level, maybe whilst having a cup of herb tea and checking through lyrics before the session really kicks off. It’s not expected to be a ‘take.'”

Even if this is her released take uncorrected, ignoring that Orbit’s explanation is entirely plausible, what does it matter? We sincerely doubt that Ms. Spears can’t sing more in tune than this, and track as it is on the album sounds great.

What all this frankly unnecessary hubbub confirms is that while her latest album has been perceived as a flop, for the most part, it’s clear that her celebrity hasn’t waned a touch.

A visit to Britney’s PeekYou profile grants countless opportunities to explore Britney’s life, career, ups, and downs; via links to all the nooks, crannies, and corners of cyberspace where her deep and broad digital presence can be felt.

Check out the “flawed” track for yourself below.