Brian Williams – “Baby Got Back” 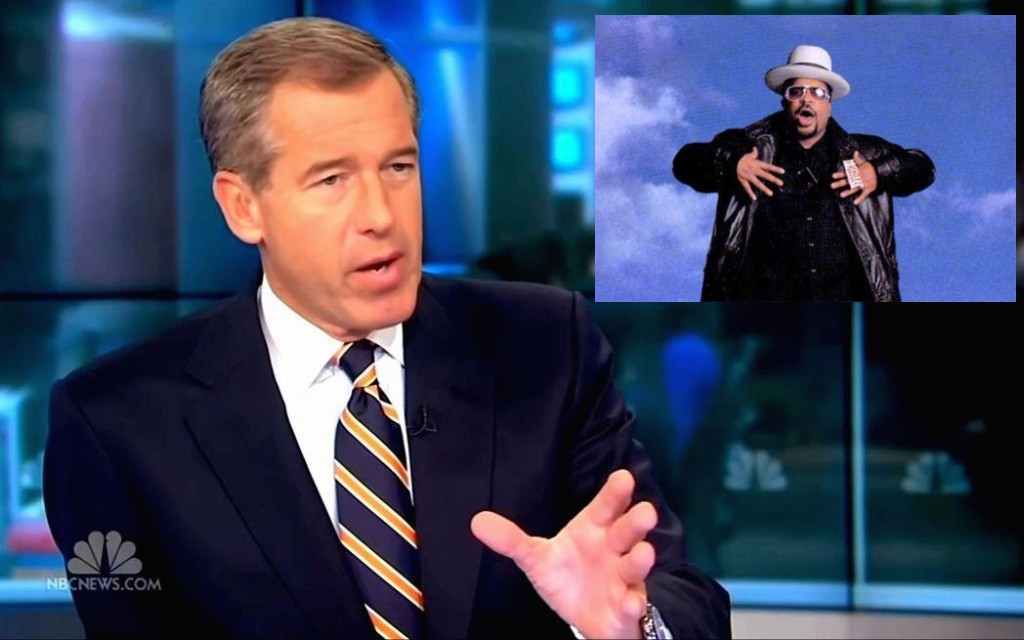 The clip was cobbled together from many hours of footage of Williams doing as he does, and painstakingly edited, word-by-word (or even sound-by-sound) from a vast many of Williams’ on-air utterances; until it was, in essence, Brian Williams performing the song, whether he knew it or not.

The bit has been reprised since, with Williams inadvertently lending his smooth flow to a rendition of Snoop Dogg’s (PeekYou profile here) 1993 classic, “Gin & Juice.”

Jimmy and his crew of skilled television professionals have returned to this well once more, and this time they’ve brought us Mr. Williams moving his repertoire to the Pacific Northwest for a cover of Sir Mix-a-Lot’s (PeekYou profile here) 1992 smash-hit, timeless ode to the ample, “Baby Got Baby.”

The clip is watchable below, and the assortment of notable individuals mentioned in this blog entry can all be investigated more in depth via the many public web links — including social pages, videos, photos, news articles, and more — to be found on their PeekYou profiles.