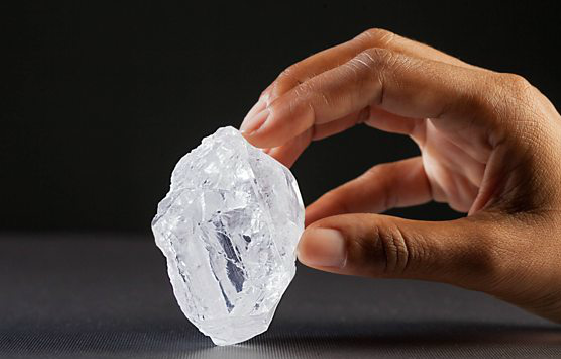 In honor of the world’s largest uncut diamond being sold at auction today for over $52 million dollars, we decided to take a look at how much the engagement ring industry has changed since its inception in the 20th century. Bring on the carats!

It was the diamond company DeBeers that started the trend.

The first use of a diamond ring as a token of engagement occurred in 1477, and was a gift from Archduke Maximilian of Austria to his betrothed. The tradition did not catch on, however, until the 1930’s, when DeBeers Consolidated Mines, Ltd ran a brilliant ad campaign targeted at the burgeoning American middle class. Four little words, “A Diamond is Forever,” and in a matter of a decade, a previously “commonplace” stone, never before associated with wedding rings, became synonymous with love, romance, and marriage. Today, about 80% of proposals include a diamond ring.

Have you heard of the rule that you should spend two months salary on a ring? It should come as no surprised that this figure also came from an advertising campaign by DeBeers!

Bigger is not always better.

A common misconception is that the higher the carats, the larger the stone. This is actually untrue; the carat measures the weight of the stone, and depending on how it is cut, has no impact on how big the diamond looks. Currently, the average size for an engagement ring is 0.9 carats. To put that in wacky perspective, back in 2013, Kanye West presented Kim Kardashian with a 15-carat ring. If he really wanted to impress us, he would gift her the Lesedi di la Rona diamond, which measures in at a cool 1,109 carats… 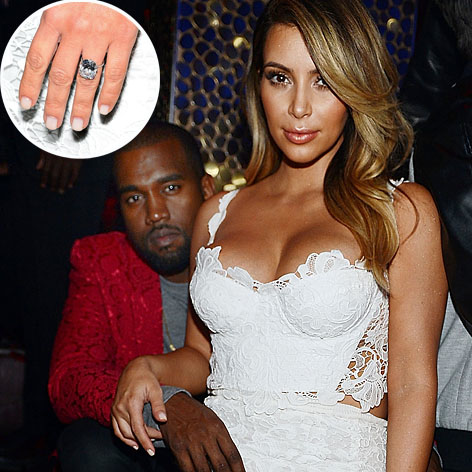 The dollar amount spent on engagement rings by lovestruck men has grown each year since 1950. In 2012, couples were spending on average $5,258 on a ring. Now, the number has risen to $6,071. This might actually be a bad thing, as a recent study by Emory University showed that the more a couple spends on an engagement ring, the more likely they are to get divorced! We at PeekYou would never pick sides, but we might pick a size…