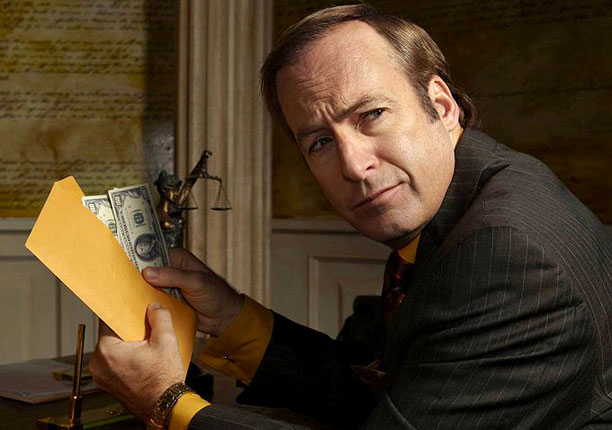 By the time AMC‘s Breaking Bad completed its five season run in 2013, it was the most talked about show on American television.

Praised nearly universally as a masterpiece of the medium, folks were heartbroken to see it go. Almost simultaneous with Bad‘s departure, however, internet rumors began to bubble up that a spin-off was in the works; centered on secondary Bad character Saul Goodman, who had been so ably portrayed by comedian Bob Odenkirk.

As Bad‘s last season began to air, it was confirmed that its creator, Vince Gilligan, did indeed have a Saul Goodman spin-off in the works. It was to be called Better Call Saul.

During the past year, and particularly the past few months, set photos, teaser clips, and the like, have leaked onto the Internet, eagerly lapped up by Breaking Bad‘s many devoted fans. But finally, tonight (as of this writing) — Sunday February 8, at 10PM ET, with episode two airing on Monday February 9 — TV viewers will again enter the dark, gritty, funny, and strange imagination of Vince Gilligan, and the universe of Breaking Bad as they traverse the newly minted world of Better Call Saul.

Joining Odenkirk for the this first, 10-episode season of Saul are Breaking Bad‘s Jonathan Banks, reprising his role as Mike Ehrmantraut, and veteran comedian Michael McKean, perhaps best know for his Spinal Tap alter-ego David St. Hubbins (or, perhaps, for having played Lenny on Laverne & Shirley).

Critical response to the first two eps has been mixed but has skewed decidedly positive. You can assess critical opinion for yourself at Metacritic here. And you can learn more about the lives and careers of all mentioned above by clicking their highlighted names and heading over to their PeekYou profiles, where you’ll find social links, homepages, videos, photos, and much more of the best of what the Web has to offer regarding a person’s life and work.