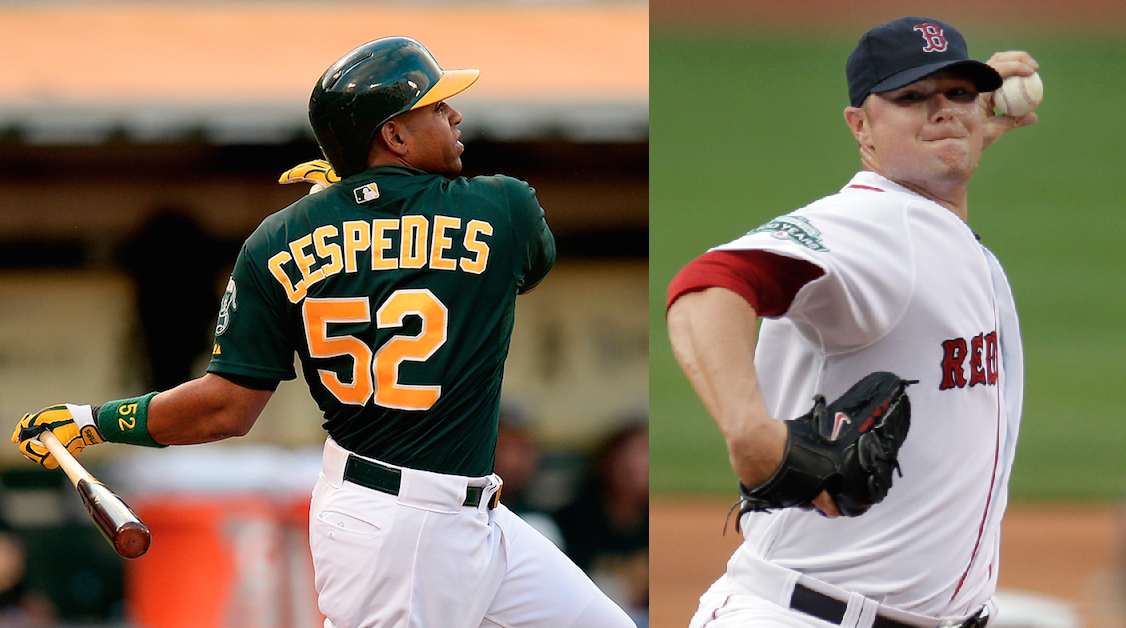 Lacking a righty power hitter, as they had been, this trade makes a lot of sense for the Sox.

Gomes, who played with the A’s already in 2012, is hitting .234 with six home runs this season. While not the hitter Cespedes is, he will fill the right-handed power-hitting void left by Yoenis’ departure a bit.

Three-time All-Star Lester, who is set to hit free agency after the season, and had prior to this been unable to come to terms on a contract extension with the Sox, is 10-7 with a 2.52 ERA and 149 strikeouts against 32 walks in 143 innings this year. In bringing him aboard, the A’s seem to be continuing to strengthen their pitching staff in anticipation of a possible playoff run.

This comes on the heels of the Athletics’ adding Jeff Samardzija and Jason Hammel just a few weeks ago.

SB Nations‘s Justin Bopp covers the social media reaction to all of this here.

Below, a clip of Cespedes being amazing: