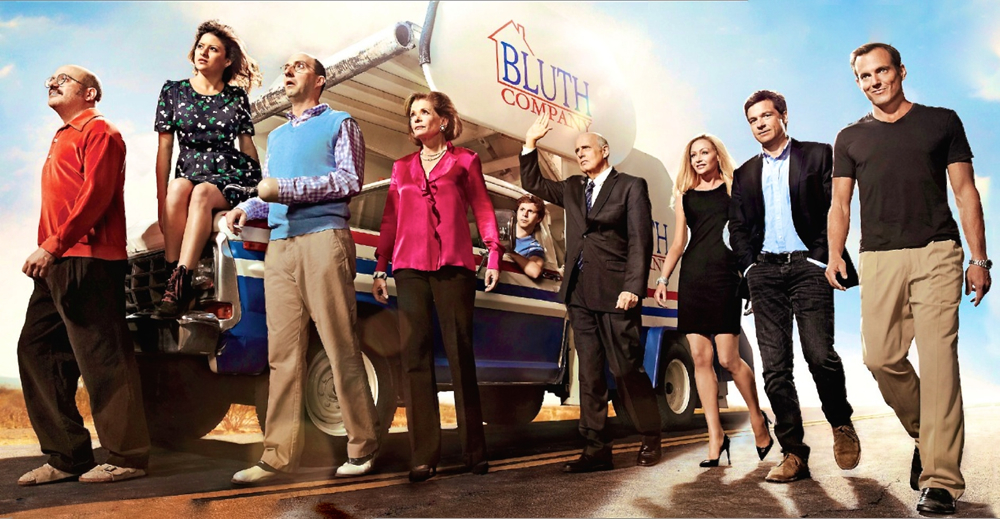 Nearly two years since Netflix brought to a hungry and passionate cult following the long-anticipated fourth season of the sitcom Arrested Development, it seems a fifth season is finally to be happening.

Development‘s producer Brian Grazer bluntly let slip during an appearance on ESPN columnist Bill Simmons’ podcast, that “We’re going to do another 17 episodes. So, stay tuned for Arrested Development!”

No follow-up questions were asked, so no further information is known. Netflix has not responded to various media outlets’ requests for further insight; so it’s not known if they’ll be the means of distribution for these promised episodes.

You can read more about this development — although there’s not much more to know — at IndieWire here.

Created by Mitchell Hurwitz, and originally airing on Fox between 2003 and 2006, the critically lauded and award winning series just never caught on with mainstream audiences and wound up canceled after three seasons. In the years that passed after its lamented removal from TV screens, however, via DVD and streaming video the program’s cult following grew in both size and dedication. It also didn’t hurt that many of the show’s cast members went on to greater successes in film and television.

In honor of all this revised and sudden AD buzz, we’re putting the cult sitcom’s cast members to the PeekScore test; measuring and comparing their various impacts and presences here on the Web.

The biggest surprise for us was the cast-member topping the list. While married to one of our all-time PeekScore champs, we didn’t realize that she herself was such a formidable presence on the web.