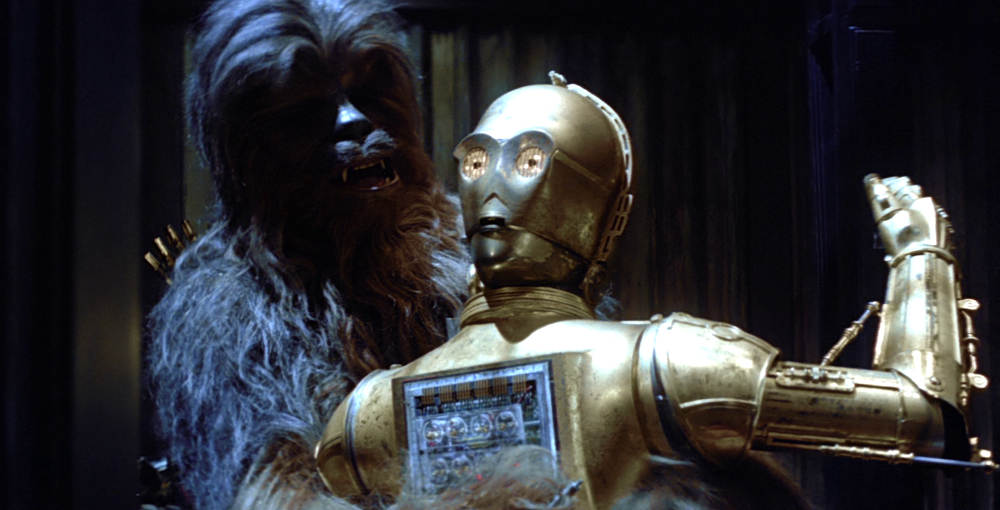 Anthony Daniels — cinema’s beloved C-3PO, and one of the stars of Disney and J.J. Abrams‘ insanely anticipated, upcoming Star Wars sequel — trended heavily on Tuesday for suggesting that a movie he’s in might be really good.

Seems most actors do such a thing, but that’s all it takes for things related to Star Wars: Episode VII to trend; they need merely occur.

It is widely accepted fan wisdom that the second Star Wars film, 1980’s The Empire Strikes Back, is the best of the sequels. Indeed, suggesting it’s the best Star Wars film of all is hardly a controversial position to take. With that in mind, this below tweet from Daniels is — in Star Wars terms — a bold declaration.

The flick, which will see a Christmas 2015 release, will be the first big screen Star Wars movie from Disney, who purchased George Lucas‘ massively valuable cinematic properties (namely Wars and Indiana Jones) in 2012.

Narratively picking up events a few decades after the end of 1983’s Return of the Jedi, Mark Hamill, Carrie Fisher, Harrison Ford, Peter Mayhew, and Kenny Baker will all be reprising their roles from the original trilogy, along with Daniels.

Abrams knows what he’s doing, as do Disney, so optimism surrounding the film has generally been pretty abundant. You can see where we’ve blogged of it previously here.