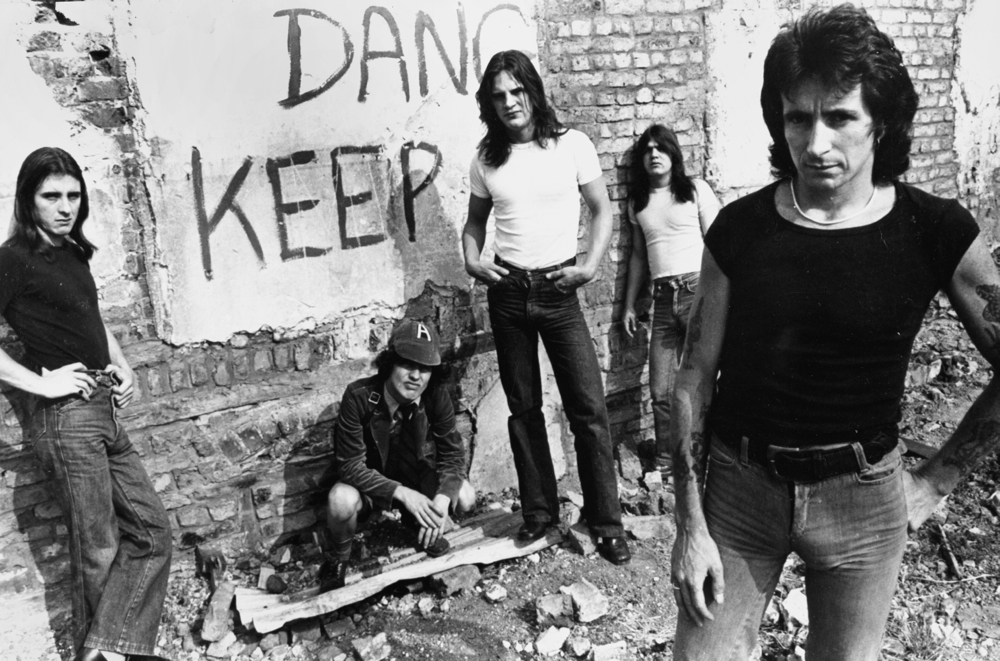 In the universe of AC/DC — 40-years into their career, still a serious contender for the title of “biggest band on the planet” — it seems there is good news, and there is unfortunate news.

The good news is that a new album is going to be released on December 2nd, called Rock or Bust. Even better news, perhaps, is that the men of AC/DC plan on mounting a global, 40th anniversary tour to support it.

The unfortunate news, however, is that — as has been speculated about for a while now — rhythm guitarist, songwriter, and co-founder, Malcolm Young, will be retiring from the group altogether, due to poor health (the nature of which is undisclosed).

UPDATED (9/30/2014): The nature of Malcolm’s illness has now been released. Sadly, at the very young age of 61, he’s suffering from dementia; which you can read more about here.

While it’s difficult to conceive of the band creating new music without Malcolm, they have toured without him previously. During the band’s 1988 tour Malcolm’s lookalike nephew, Stevie Young, filled in. It seems he’ll be filling his uncle’s spot again now.

AC/DC was formed in 1973, in Sydney, Australia by Malcolm and kid brother Angus, the group’s flamboyant and — to this day, even pushing 60 — schoolboy uniform clad lead guitarist. The Youngs emigrated to Australia in 1963 from Glasgow, Scotland.

While songwriting credits are traditionally split between Malcolm, Angus, and the group’s lead vocalist — originally the late, great Bon Scott, who passed away in 1979, and then thereafter the throaty, Geordie falsetto shrieker, Brian Johnson — Malcolm’s chunky, chugging riffs form the foundation for most of the band’s most classic songs.

In a recent interview with drummer Phil Rudd, rumors of a possible break-up in the light of Malcolm’s illness were roundly quashed. “Angus Young will never retire,” the drummer said. Adding, “We were never going to retire. It’ll never happen. Angus will never retire and as long as Angus never retires I won’t [EXPLETIVE DELETED] retire either.”

“I’ll get a call a month before they need me. We’ve done some long, hard tours. It’s not easy,” Rudd then said. “You do it for 18 months, you’re the walking dead when you finish, especially as you get older. But everything’s great in the band, we’re ready to fire up on all cylinders again.”

While we’re glad the boys are still rocking, we do wish Malcolm the best, and thank him for all those sweet riffs.