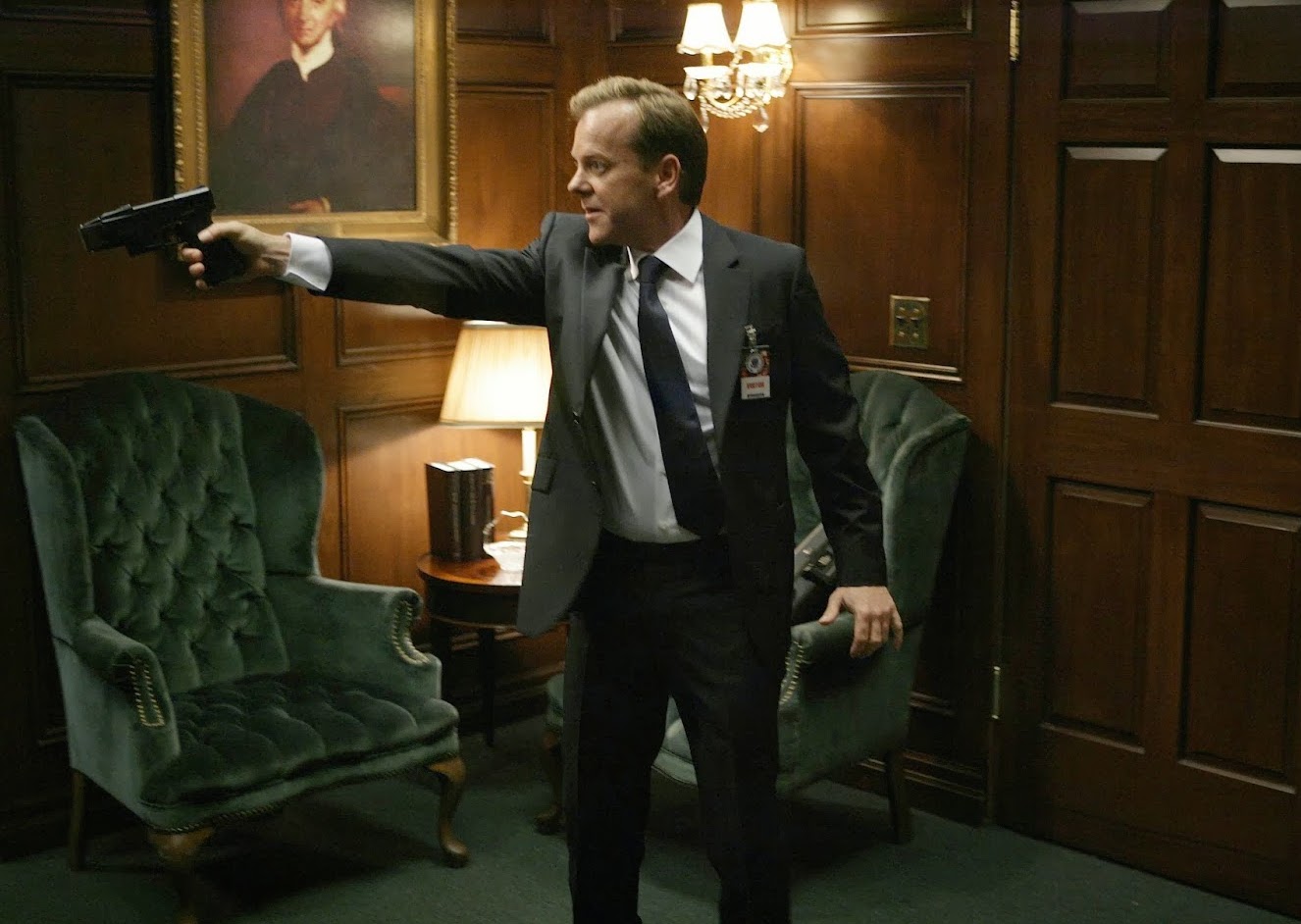 After a four-year absence from television screens, Fox‘s resident tortured, sickeningly violent antihero, Jack Bleepin’ Bauer, is back baby! And you know you’re psyched about it.

The 12-episode 24 miniseries, Live Another Day, premieres on Monday night, on Fox. It finds our beloved and twisted counterterrorism agent, as portrayed with gnashed teeth and po face by Kiefer Sutherland (PeekYou profile here), brought out of hiding to dispose of some bad guys, or something… But this time in London.

We don’t know much, but we know to expect twists, turns, betrayals, gun-play, and truckloads of torture.

A visit to Mr. Sutherland’s PeekYou profile will provide you a chance to explore the many parts of the Web where his (as well as Jack Bauer’s) presence can be felt; in the form of social pages, home pages, fan pages, videos, photos, interviews, and more.

And here, courtesy of YouTube user Calum Provan, is a re-cap of the program’s previous eight seasons; to get you up to speed before sinking your teeth into Live Another Day.