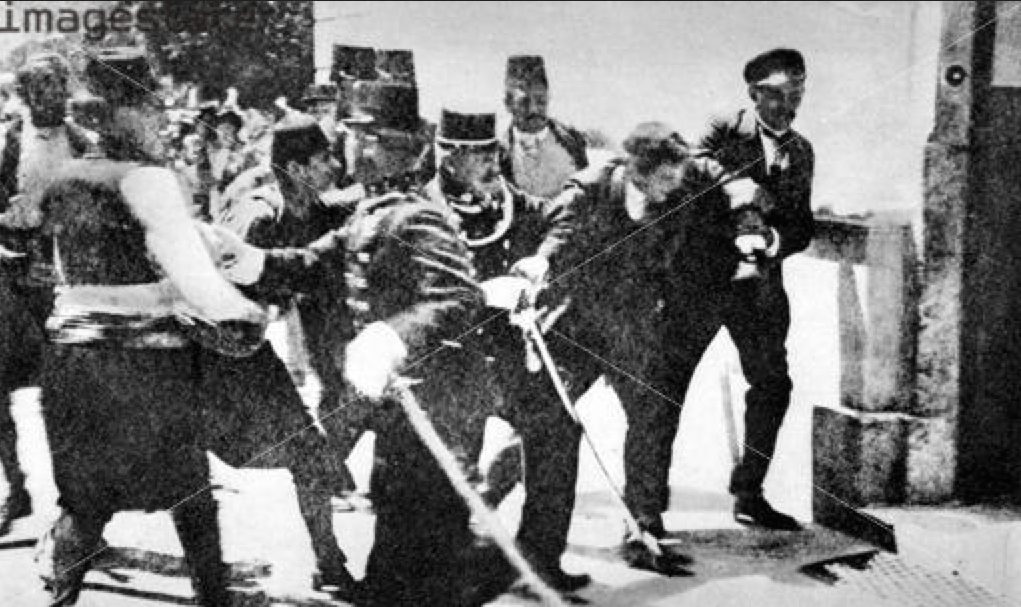 Saturday marked the 100th anniversary of what is widely regarded as one of the pivotal events of the 20th century.

This single event, it is often said, was the crucial domino to fall and set in motion the chain of events that led to the start of World War I only a month later. The “War to End All Wars” was inconceivably brutal and claimed over 14 million lives, and also vastly reshaped the world’s map in ways that quite directly influenced World War II, and still impact the world today.

In Sarajevo, the anniversary was commemorated with concerts and exhibitions. The ethnic divides there that inspired the shooting, still as profound now as a century ago. Bosnian Serbs unveiled a statue to Gavrilo Princip, the gunman, who is regarded by them as a hero and freedom-fighter. It must be noted that this is not necessarily how history remembers him in many other parts of the world.

What followed this political assassination — which the New York Times at the time thought might eliminate the need for further conflict in the region — was what Winston Churchill famously described as a “measured, silent drawing together of gigantic forces” leading to a “drama never surpassed.”

Lines were drawn, with Russia siding with the Serbs, Germany opposing Russia, and Britain, France and the rest of the continent becoming involved; and the even the U.S. joining the fight in 1917.

To learn more about the horrifying and tragic Great War, decent places to start would be the PeekYou profiles that exist for either Ferdinand or Princip; where you’ll uncover many writings, videos, and more, residing in places blatant and tucked away throughout cyberspace.

Below is a YouTube playlist of a very good, eight-part 1996 PBS documentary series called The Great War and the Shaping of the 20th Century: